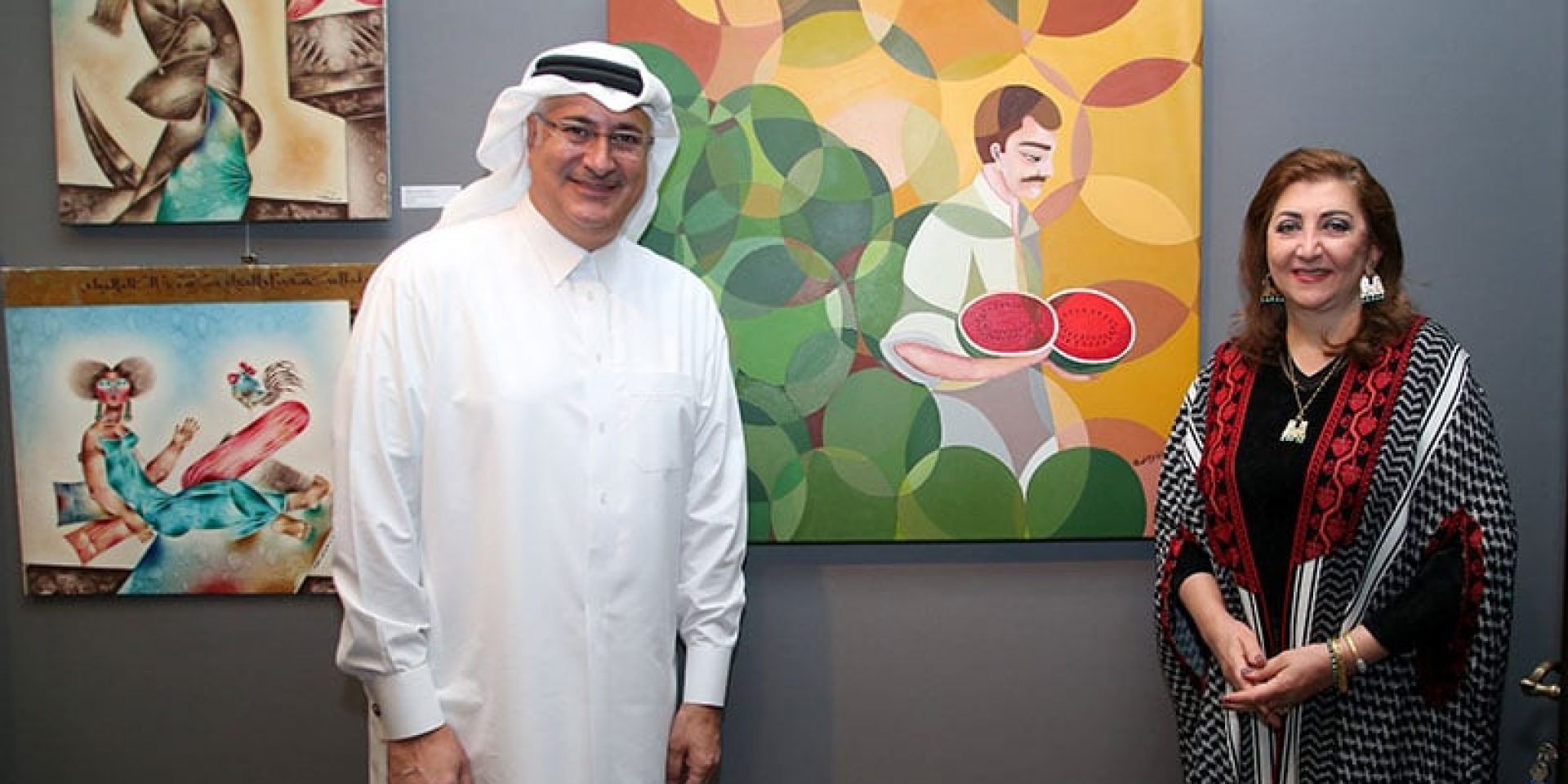 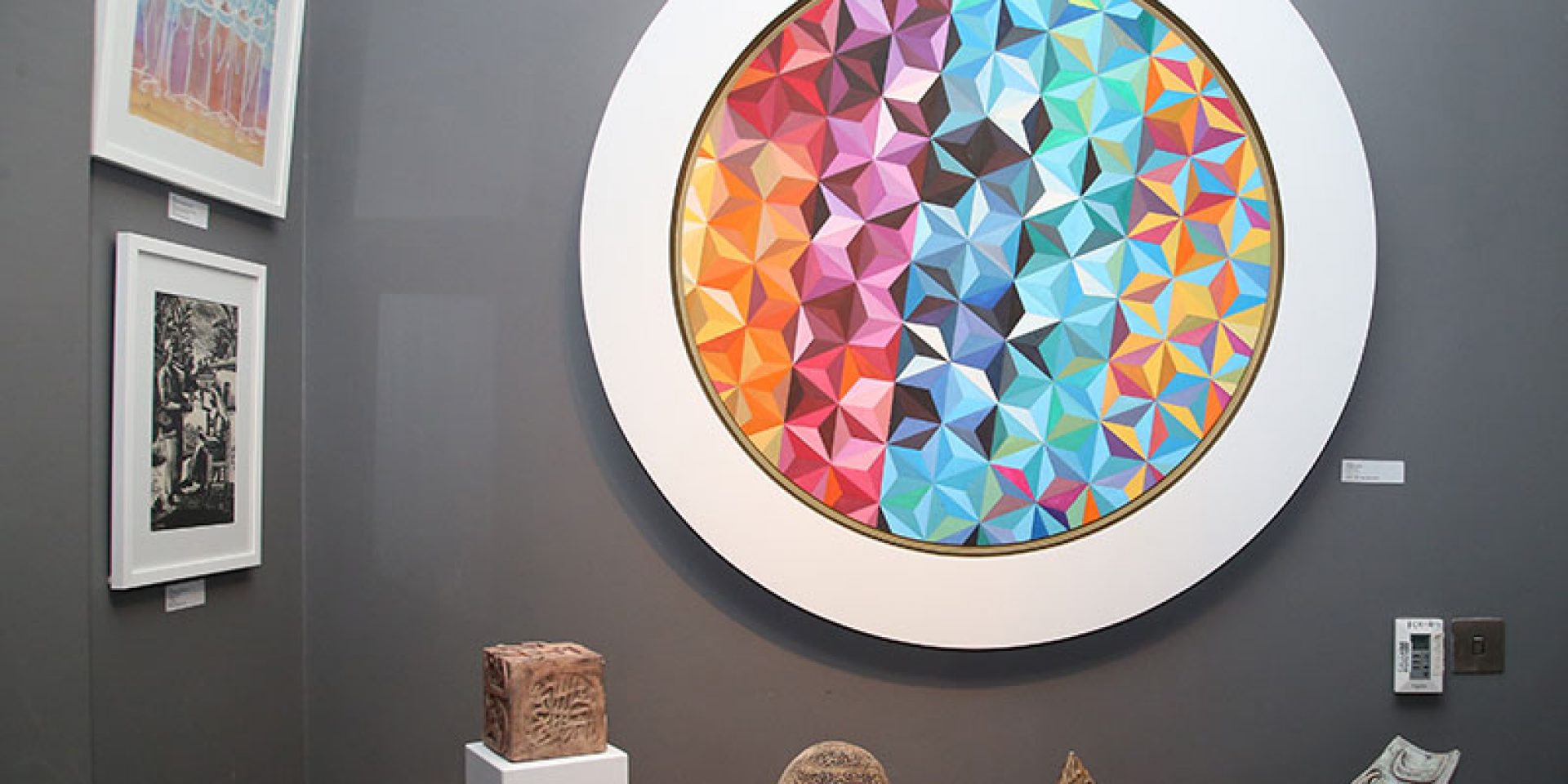 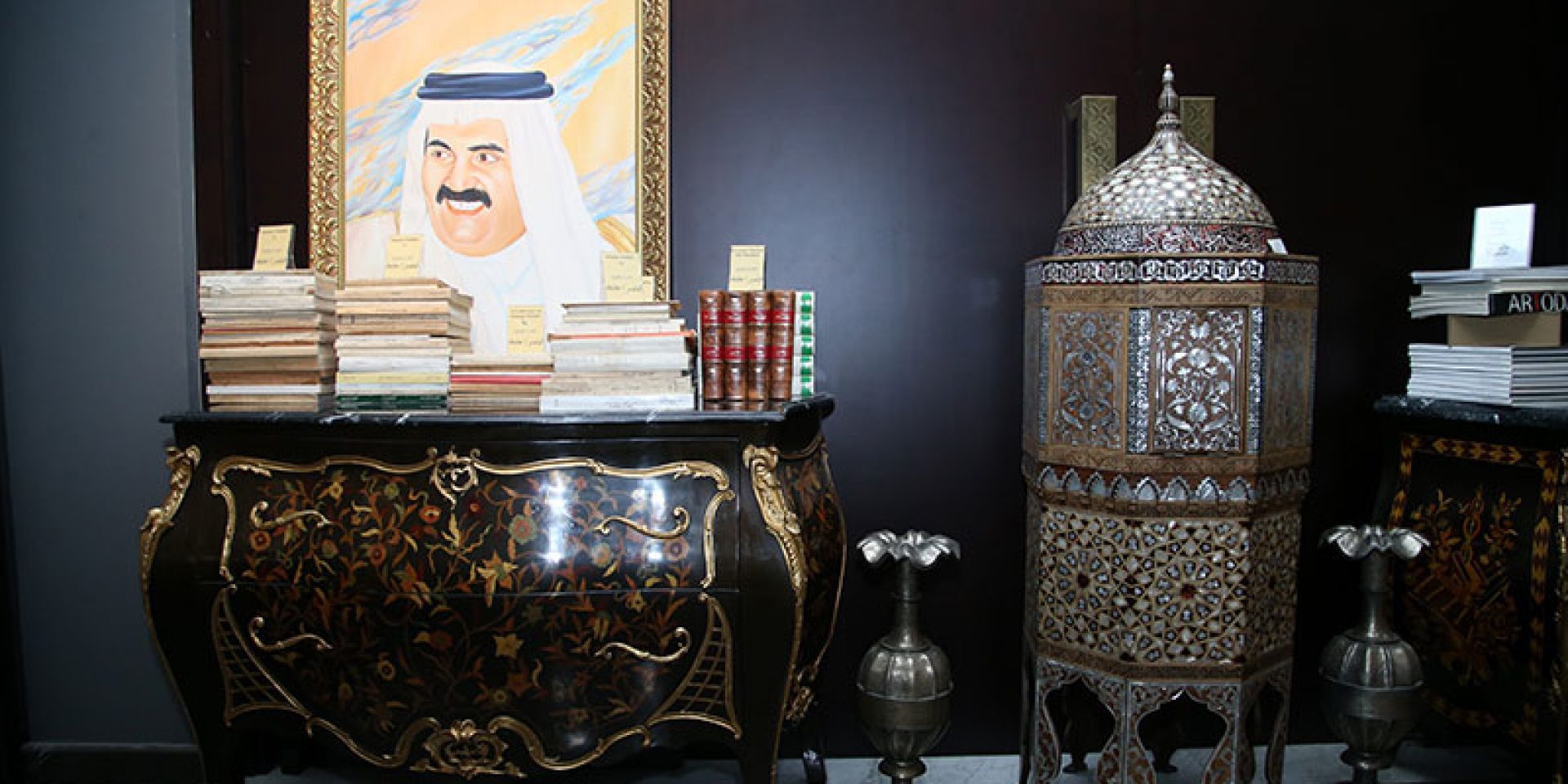 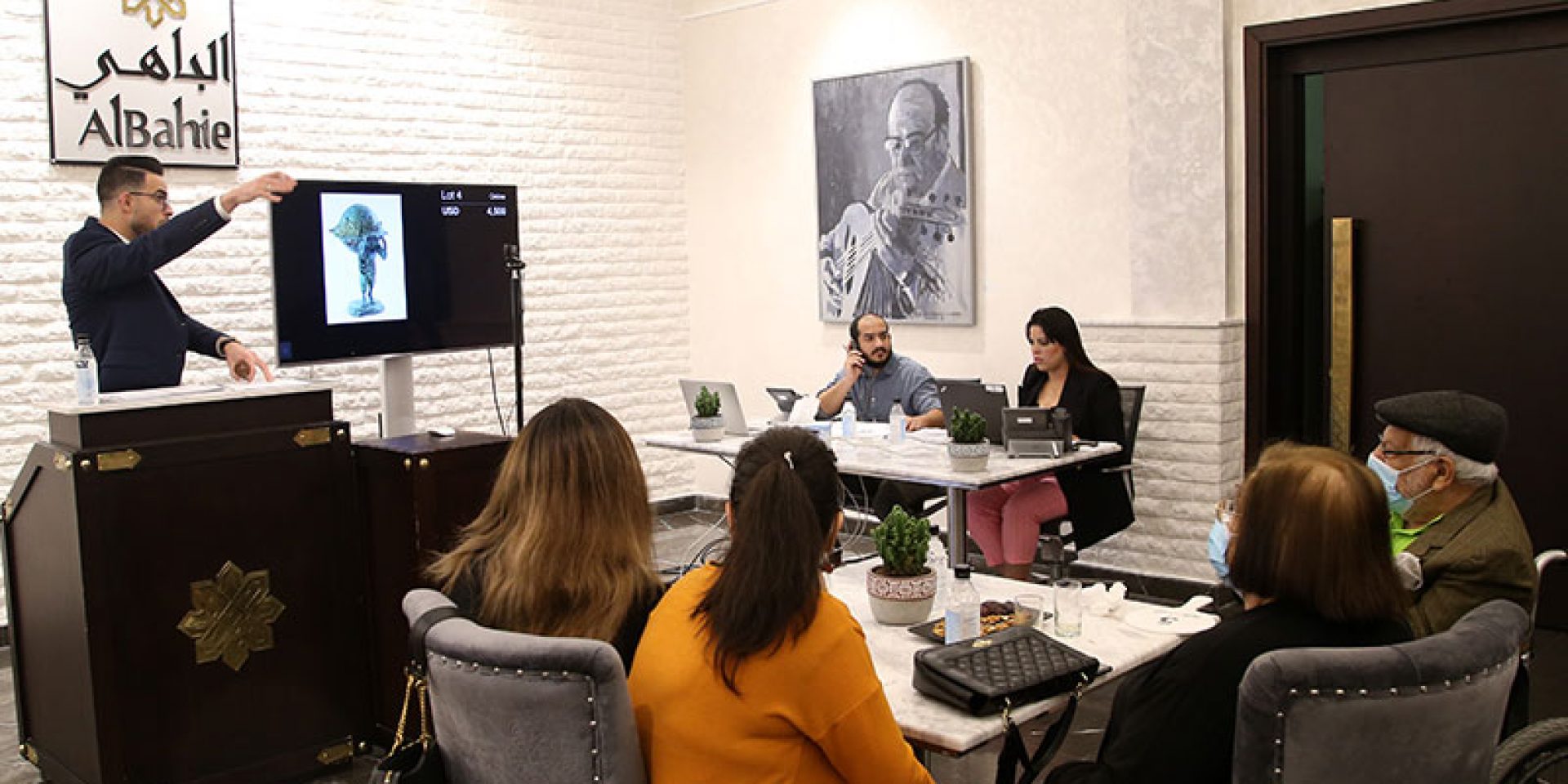 The auction comprised major works by emerging and established regional artists alongside internationally renowned artists of the Arab diaspora.

The auction was led by an exceptional bronze sculpture by two renowned Arab artists, Ahmed al-Bahrani and Sliman Mansour (Lot 4, Jamal Al Mahamel estimate $4,800 – 6,000) which is a limited edition piece done by both the artists together, four panel quadriptych painting by Hamza Bounoua (Lot 42, estimate $12,000 – 14,000) and an outstanding large painting by the Calligraffiti artist El Seed (Lot 43, Untitled, estimate $21,000 – 26,000).

Al Bahie offered outstanding examples of great works by Fateh al-Mouadarres, Faraj Abbo al-Numan, Fouad al-Futaih and Baya Mahieddine. All of which were brought from around the world and some of which are being auctioned for the first time in the region. The auction house looks forward to sparking a strong response from local and international collectors given the success of previous Modern and Contemporary Art Auctions. Alongside these major examples are works by notable artists such as Hassan Abd Alwan, Ismail Fattah al-Turk, Mahmoud Hammad and Sabah Arbilli.

10/18/2020
Posted by : sakir
0
0
Perfume usage goes back thousands of years, as examples of fragrances have been discovered in...