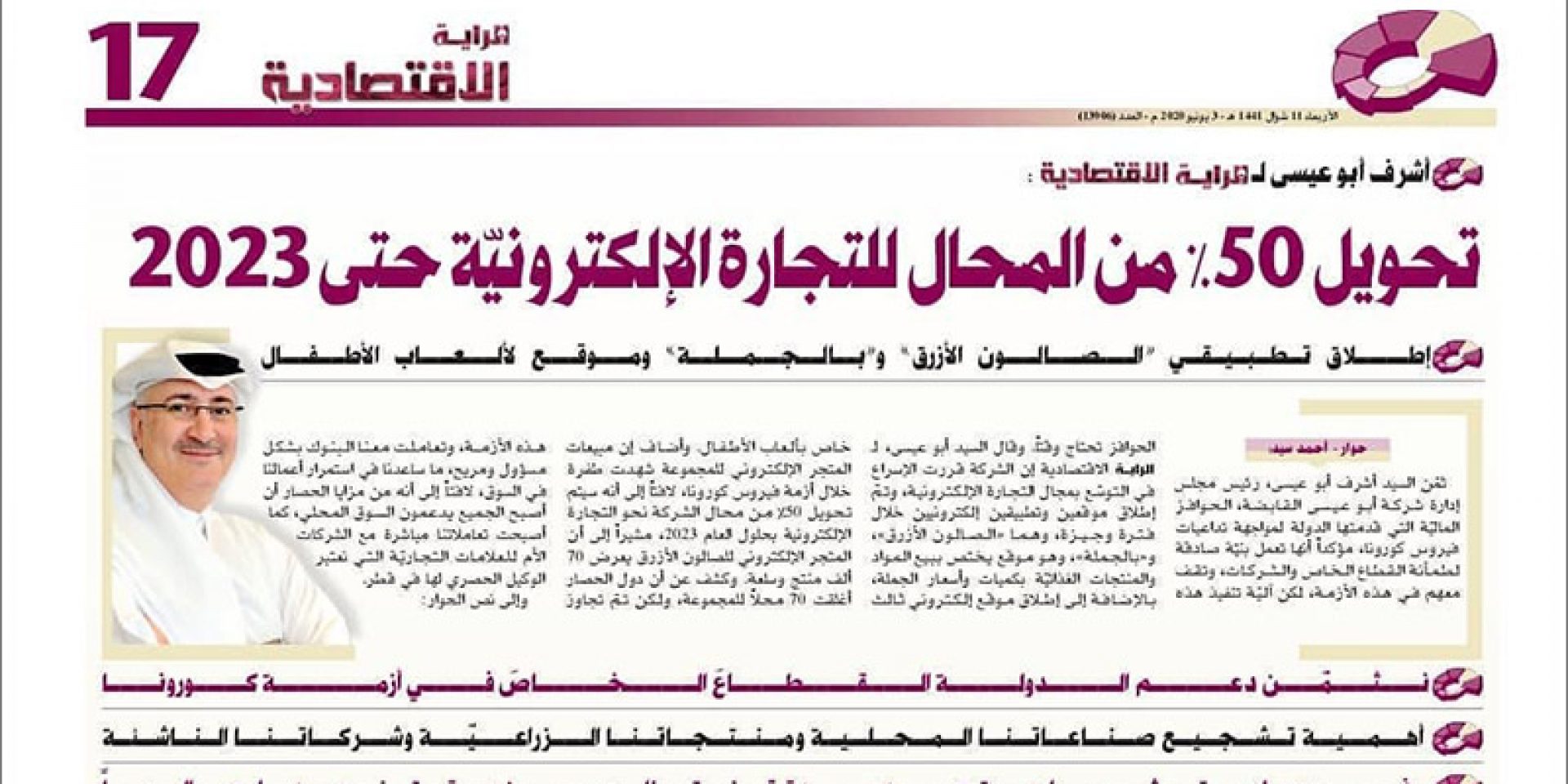 Abu Issa Holding CEO & Chairman, Ashraf Abu Issa,  was recently featured in Al Raya Newspaper. In the article, Ashraf Abu Issa shared some insights about the expansion of our retail business into e-commerce , while assuring that 50% of the retail stores under Abu Issa Holding will be digitalized by 2023. E-commerce is considered one of the fastest developing industries  in the world, as its demand increases day by day. With the recent launch of online websites and apps such as Blue Salon, Toys4me, Billjumla and Falta, Abu Issa Holding continues to be positioned for long-term growth on the global stage, as one of the fastest- growing entrepreneurial incubators in Qatar.

0
0
Seventeen years ago, under the management of Abu Issa Holding, Pari Gallery was established as...

07/19/2020
Posted by : sakir
0
0
At Abu Issa Holding, we have successfully grown our own-concept retail businesses that we developed...

The Face Shop Qatar has launched its new website

07/05/2020
Posted by : sakir
0
0
Qatar has officially entered Phase 2 of the gradual reopening following the announcement made by...

06/11/2020
Posted by : sakir
0
0
Pressto is a Spanish dry cleaning chain specialized in laundry and dry cleaning. Pressto has partnered with Abu...