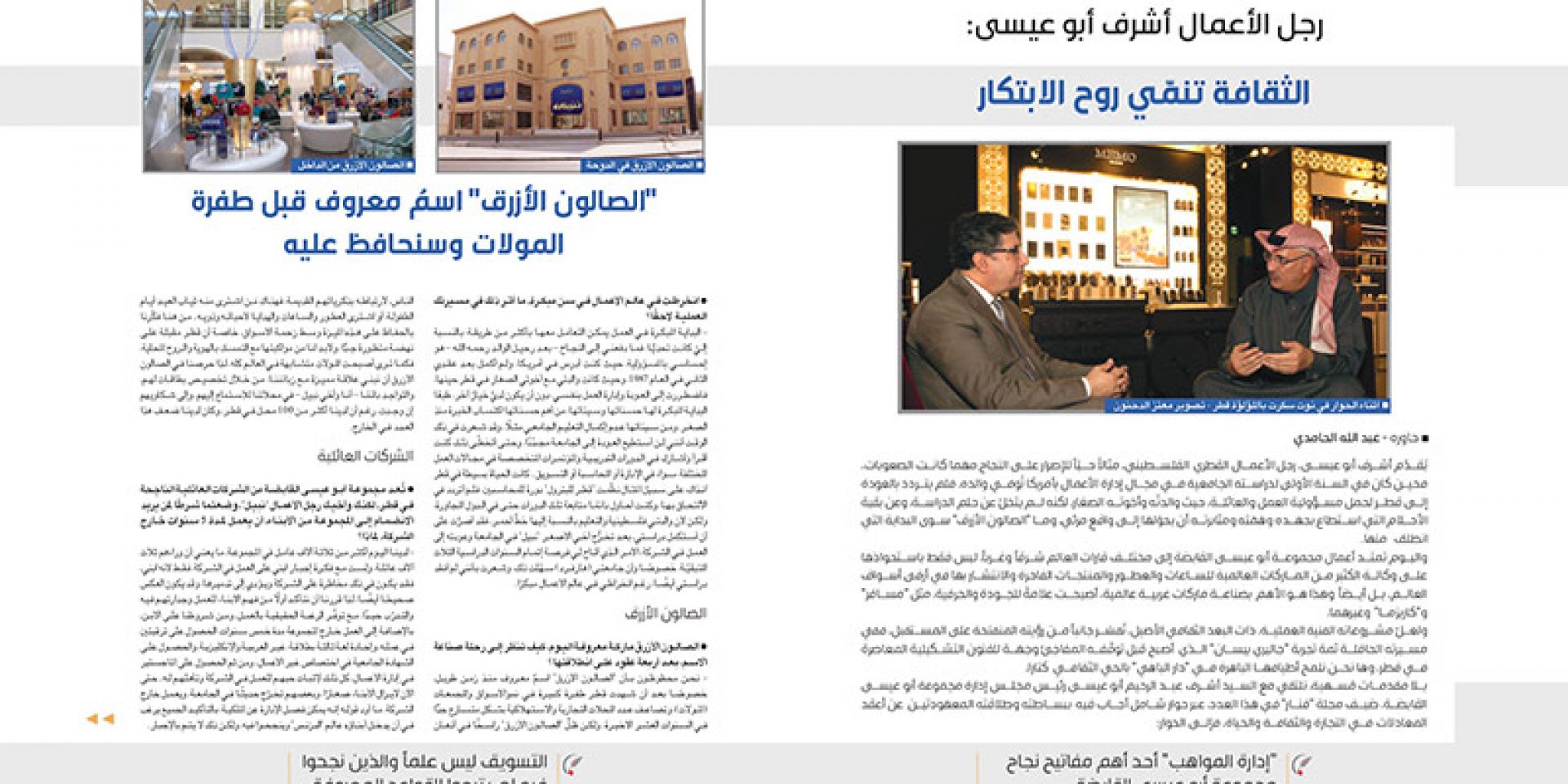 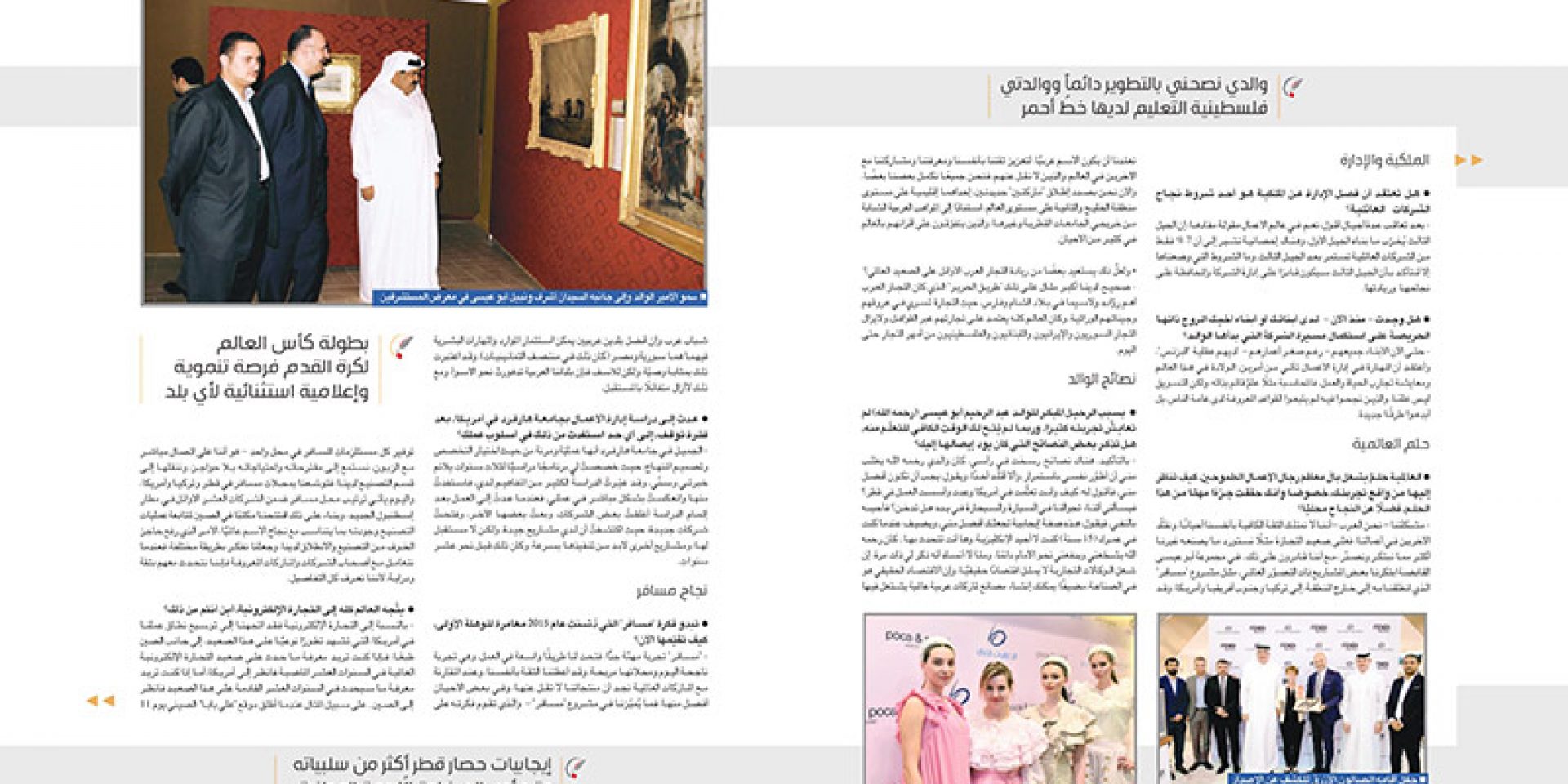 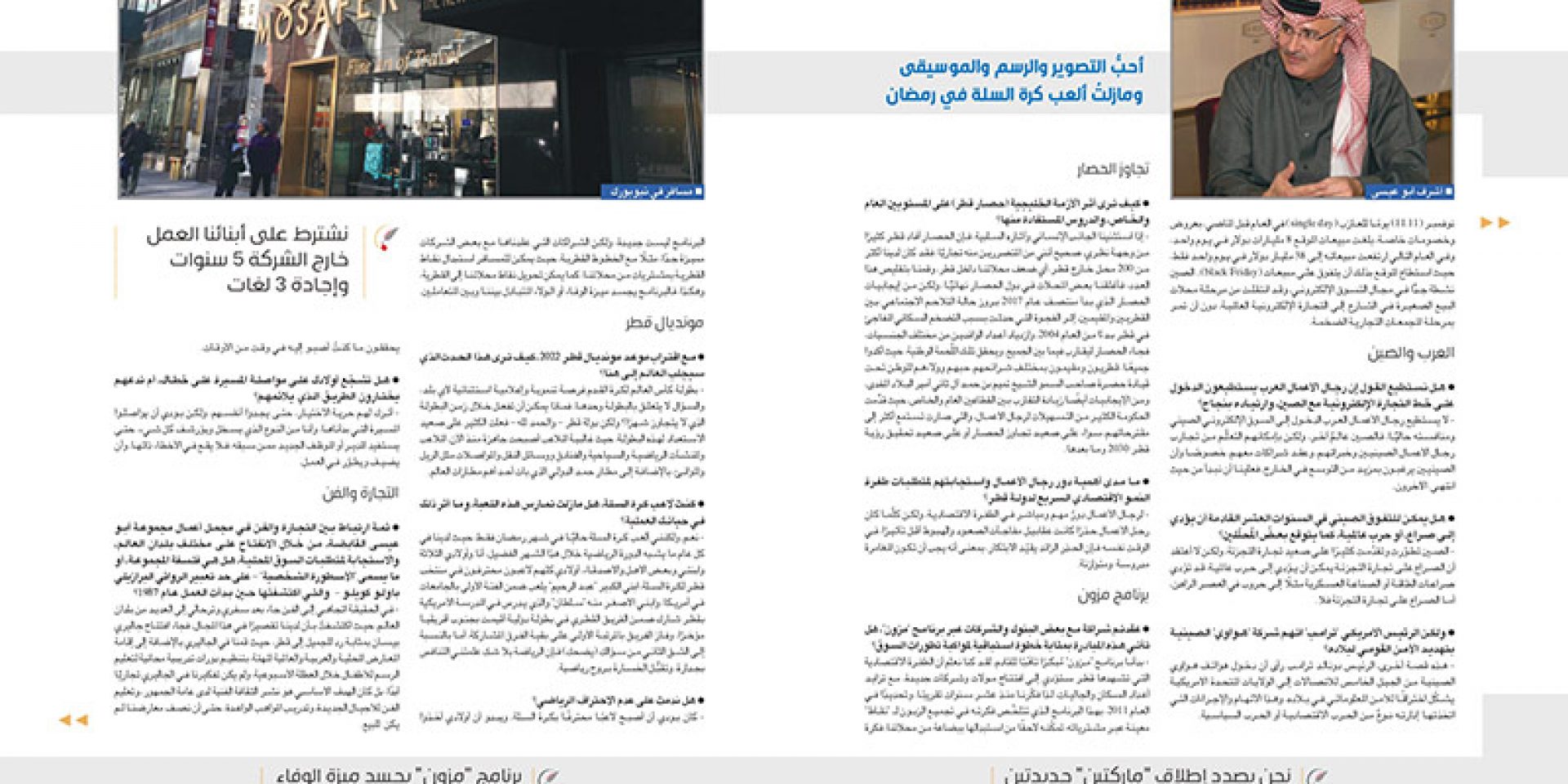 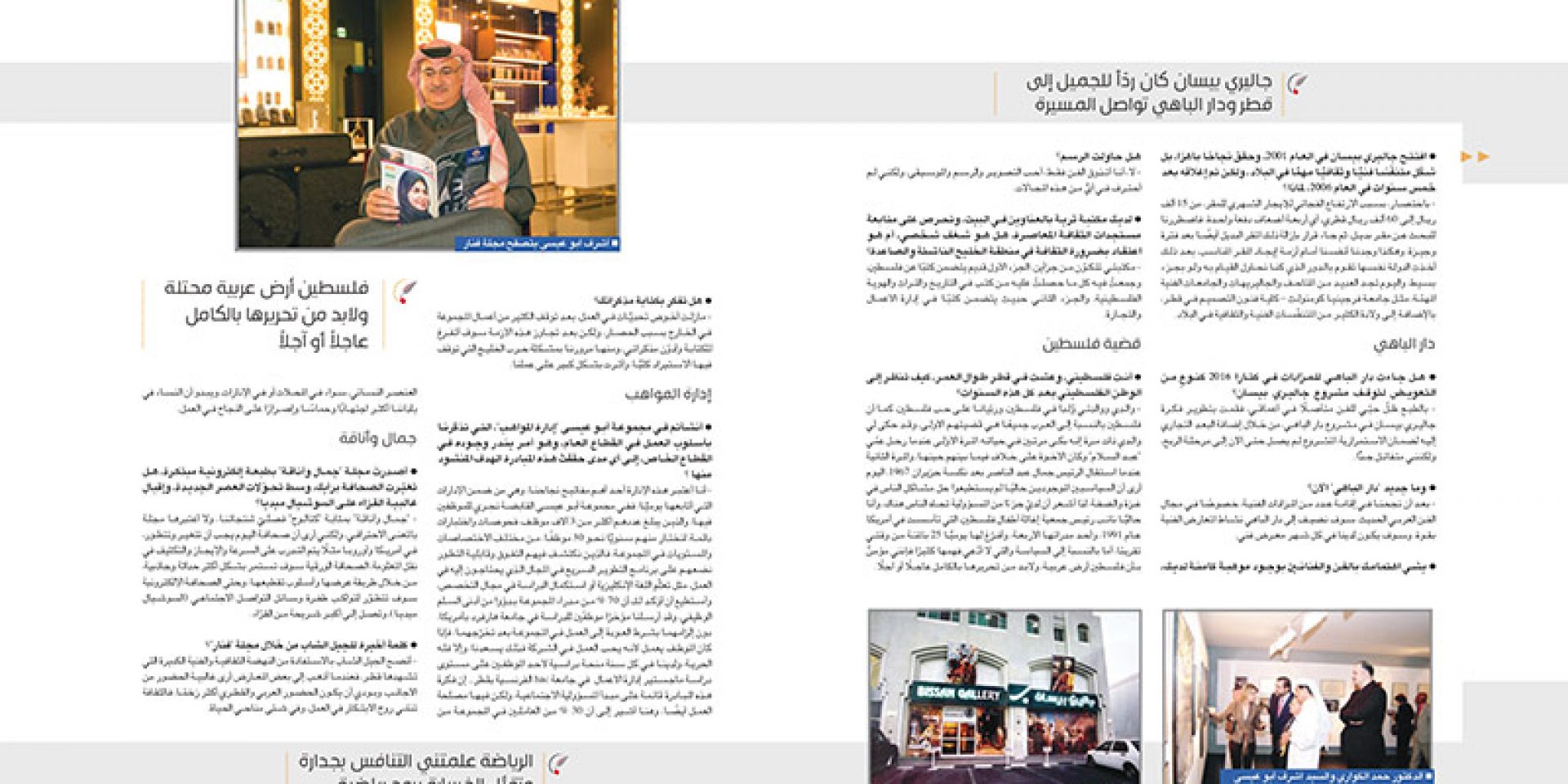 Abu Issa Holding CEO & Chairman Ashraf Abu Issa was recently featured on the cover of Al Fanar magazine. During his interview, Ashraf Abu Issa shared a vivid example of how to insist on success despite any difficulties.

As the business of Abu Issa Holding keeps growing today onto various continents of the world from east to west, not only by its acquisition of agencies of many international brands but also with its own concept brands such as “Mosafer” and “Karisma”, as well as his artistic projects under the umbrella of Abu Issa Holding like “Bissan Gallery”.

AIH continues to invest in developing the culture and art industries of the Middle East and strives to partner with tomorrow’s innovator, assisting brands & businesses that aim to establish a presence in the region.

0
0
Rule Fragrances is a Turkish perfume brand that offers a contemporary, yet timeless perfume collection...

Scentana is now open in The Pearl Qatar

08/23/2020
Posted by : sakir
0
0
Seventeen years ago, under the management of Abu Issa Holding, Pari Gallery was established as...

07/19/2020
Posted by : sakir
0
0
At Abu Issa Holding, we have successfully grown our own-concept retail businesses that we developed...

The Face Shop Qatar has launched its new website

07/05/2020
Posted by : sakir
0
0
Qatar has officially entered Phase 2 of the gradual reopening following the announcement made by...